This trip was designed to use the new Caledonian sleeper rolling stock which turned out to be very disappointing.  Some of the things wrong were very small cabins for two people which had enabled an ensuite shower/toilet not available in the old stock to be included.  Narrow corridors which made passing people difficult if one person was oversize!!!

A lot of wheel noise which made sleeping difficult.  There was very few staff trying to deal with a new train and a problem computer system.  The forward/backward carriage movement was eliminated with the new coupling system carrying all the electronic connections along the train.

The beds were comfortable but the narrow rungs on the vertical ladder were painful on shoeless feet, and difficulty getting into the top bunk without a handle to pull you from the ladder into the bunk.

We saw the green light heard the whistle to depart Euston and the train moved for one second before all the power to the train was lost!!!  Half an hour later we did leave the station for Wembley freight yards to reverse down the North London line to travel north via the East Coast route.  Engineering work at Carstairs prevented us going the week day route via the west coast.

The lounge car was very good and we soon got into a conversation with a lady who told us that her partner was a train spotter and she had a room with a double bed.  She also couldn’t distinguish a diesel locomotive from a class 92 electric loco?  Perhaps she was better at her manager’s job at St James Palace fund managers.  She eventually left us carrying a drink saying she was off to her double bed, was this, an invite for one of us to join her, but if it was, it failed.

MG did fill in a complaint form and some 8weeks later received a £50 refund following negotiations with a Caledonian customer service lady.

Edinburgh was sunny especially at 06.00 in the morning.  After breakfast we travelled to Tweedbank and back on the relatively new line following the old Waverley route to Carlisle, with excellent scenery in the sunshine.  DW stayed to look around Tweedbank and have a cake and drink.

Then the train down to Newcastle where we met the other three, coming north from Kings Cross, as they were unable to travel on the sleeper, lucky them!!!  With the Hotel almost on the platform it meant no extra transport needed.

As we were signing in, PB who had not brought an alarm clock, asked for a morning call to prevent over sleeping.  When asked what time for the call by the receptionist PB replied Don’t Know!!!

An excellent Indian meal was had following a recommendation from the hotel reception girl.

Tuesday saw the group split, MG and brother to Edinburgh, MC & DJ to travel on the Metro system and North Shield ferry, MS, SB, RR, CE & DW to the Beamish outdoor museum, PB the sights of Newcastle and ER to Carlisle.  Here a surprise was the arrival of the “Dalesman” special pulled by Merchant Navy class 35018 “British India Line”.  Fortunately the weather stayed dry, but very cloudy and windy on the coast.

Wednesday arrived wet and very misty after heavy rain overnight but this did not stop us getting the train to Darlington to visit the A1 Trust where they are building the seventh P2 Mikado 2-8-2 locomotive.  It was situated in the original building used to produce the first Stockton & Darlington rolling stock.  This was a very informative visit with the locomotive hoping to be completed in around 2/3 years.  From there we visited the North Road Stockton & Darlington museum followed by the NRM museum at Shildon.  On the way we passed a yet to be numbered Azuma on the test track at Newton le Willows.  Not a good weather day but essentially dry when it was required.  All this followed with a great Tapas meal.

Thursday saw us leave Newcastle for Whitby with a change of trains at Middlesborough.  Malcolm as he did in 2008 was looking desperately for Colleen his old flame of yesteryear at Sunderland station.  No sign of her so once again she had given up waiting for him.  Was this his only downside of the trip?

Time at Whitby for a drink and cake, before getting on the NYMR train to Pickering pulled by Rick’s favourite class a “Black Five” or as some know it a “Mickey”.  This stalled on one of the banks out of Whitby and we had a wait for it to raise steam before restarting.  Luckily we were not required to push!!  The evening meal was at Trenchers Fish & Chip restaurant.

On the final day we caught the bus at 09.06 to Scarborough for the 10.41 train to York.  A surprise was that the bus passes were applicable after 09.00 not 09.30.  Train spotting at York saw the first Azuma on the mainline followed by several others on the way back to Kings Cross when on the train.

Altogether, another successful trip, with thoughts being put together for 2020, will it be the West Country or the Industrial North.

Newcastle to Shildon via Darlington & return

Newcastle to Whitby via coast & Middlesborough

Whitby to Scarborough by Bus 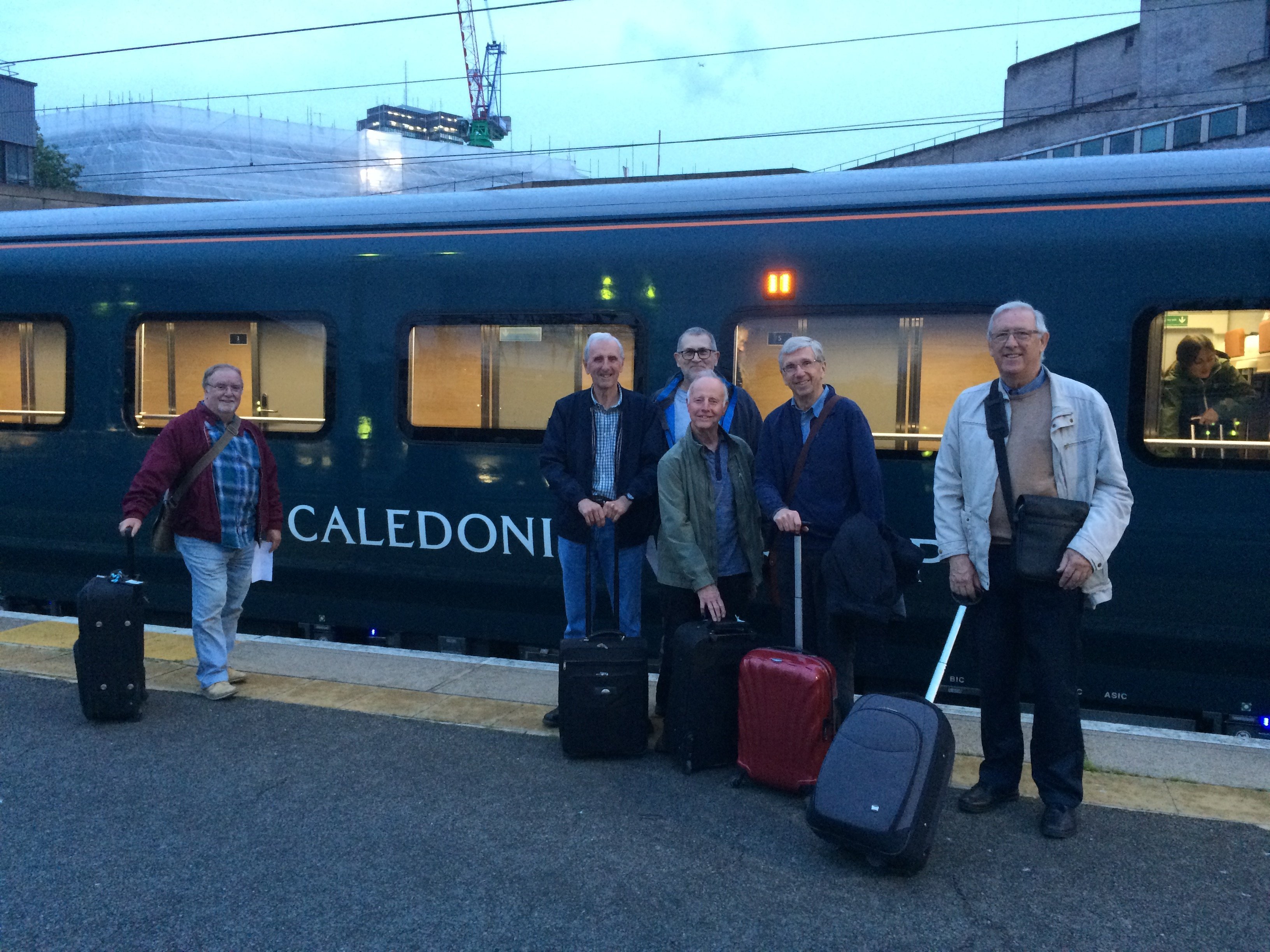 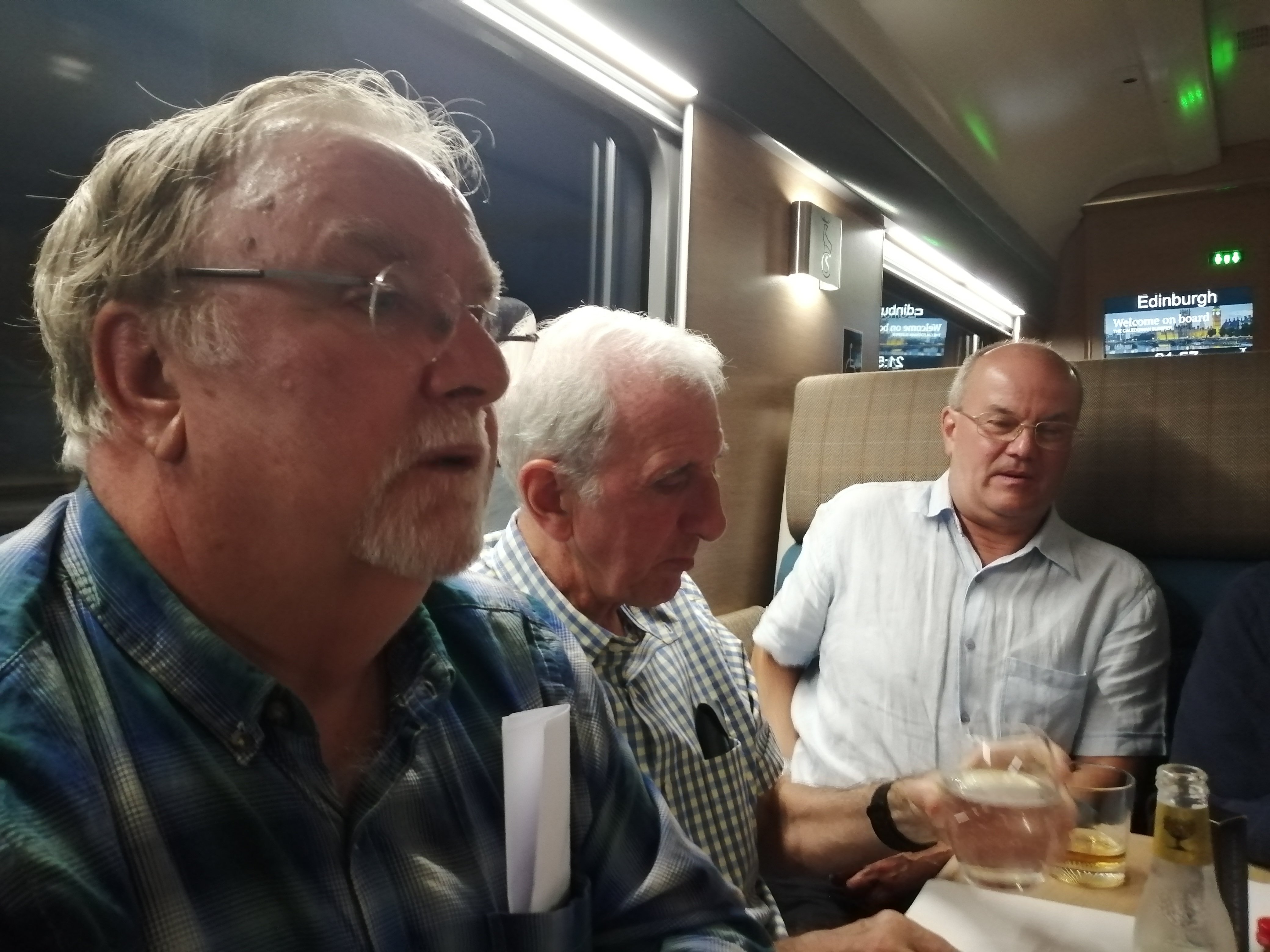 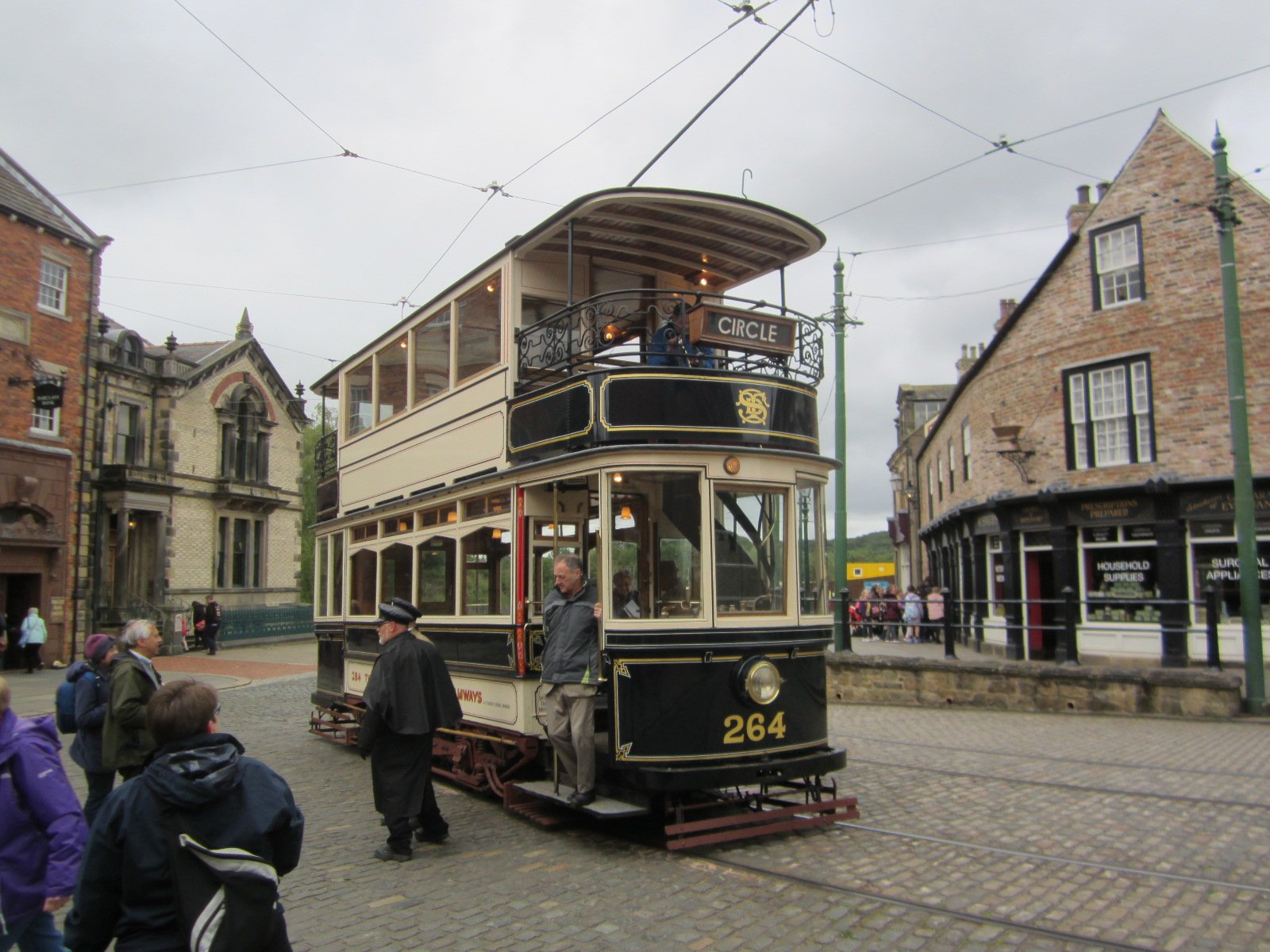 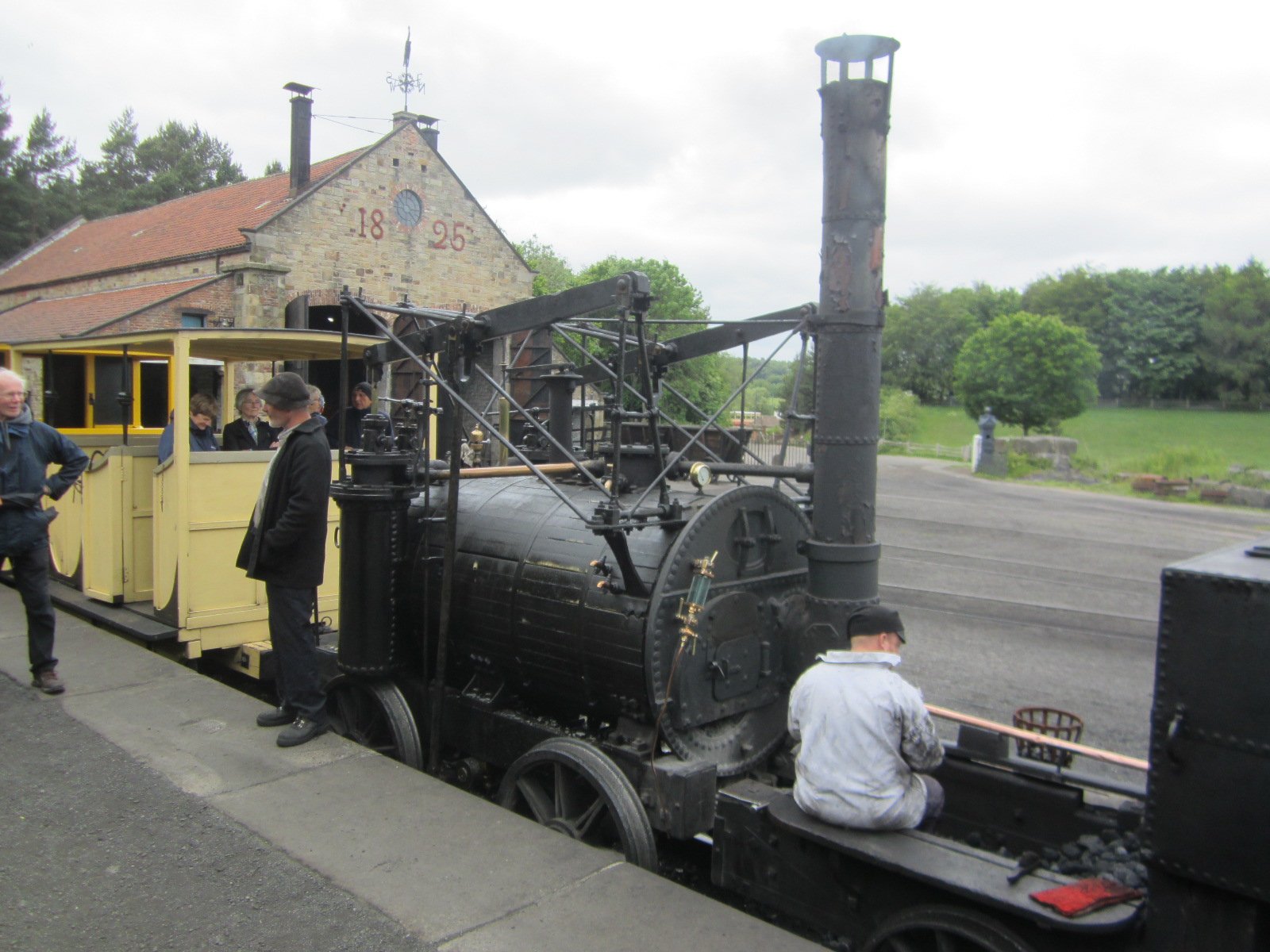 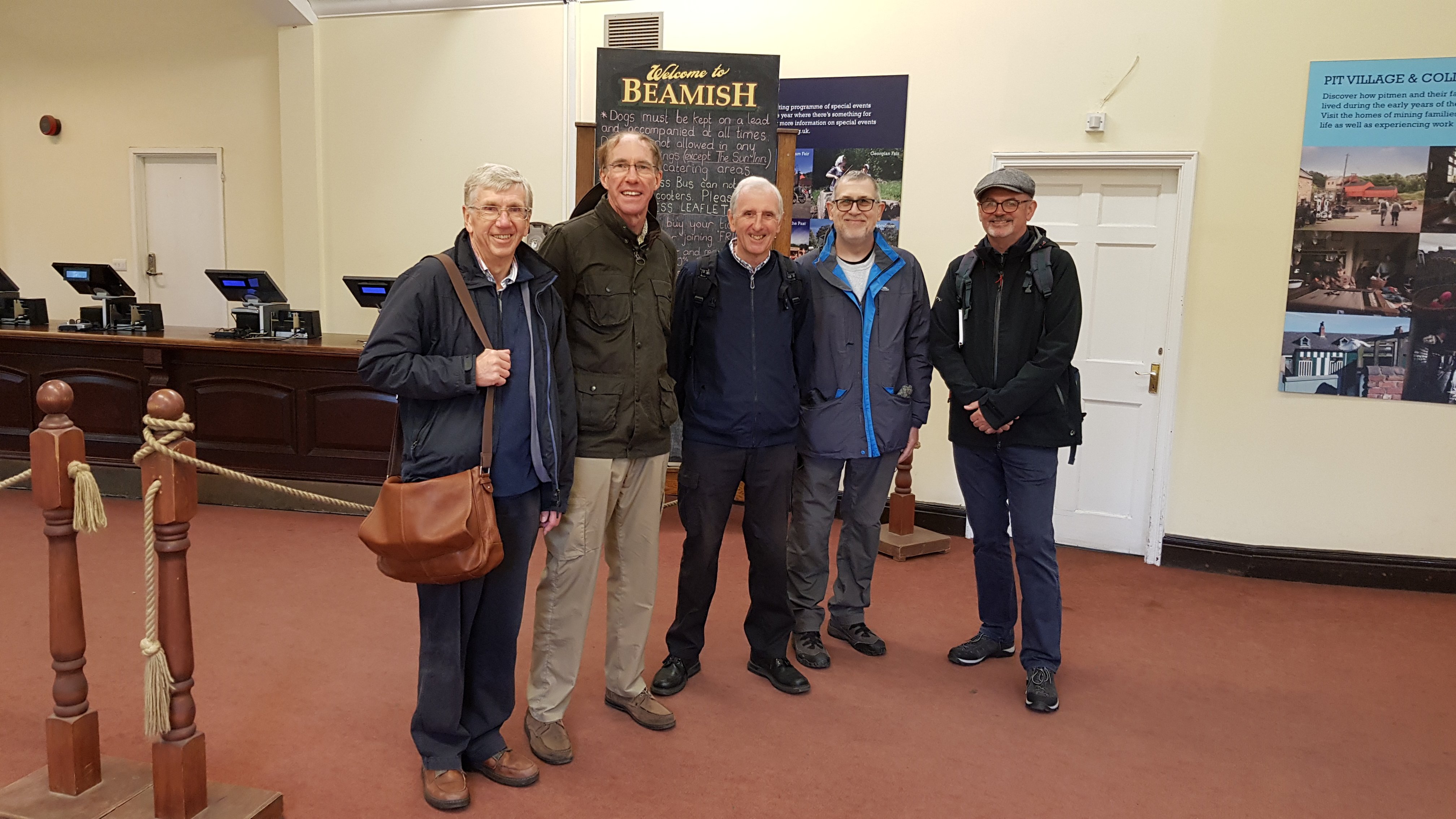 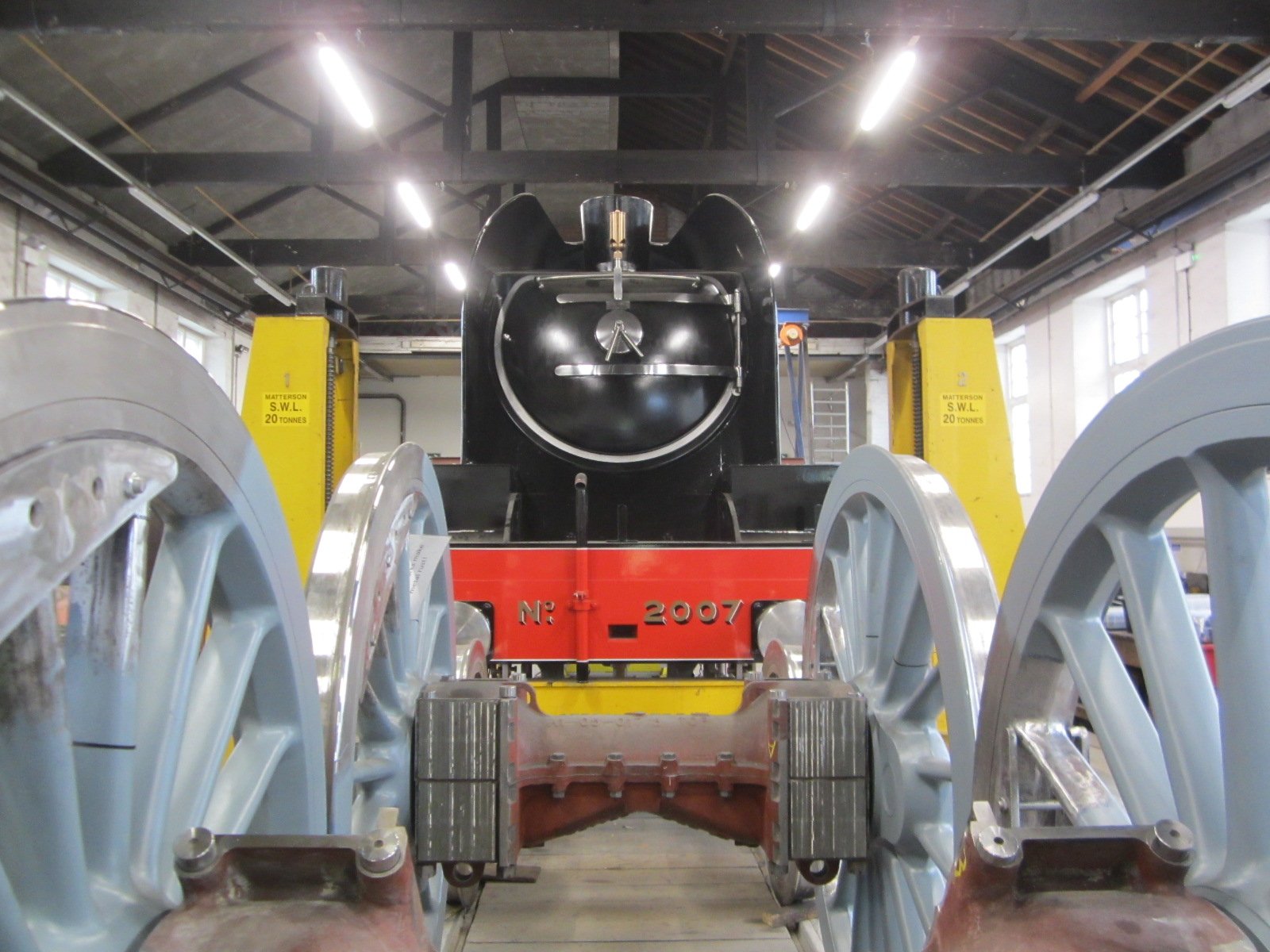 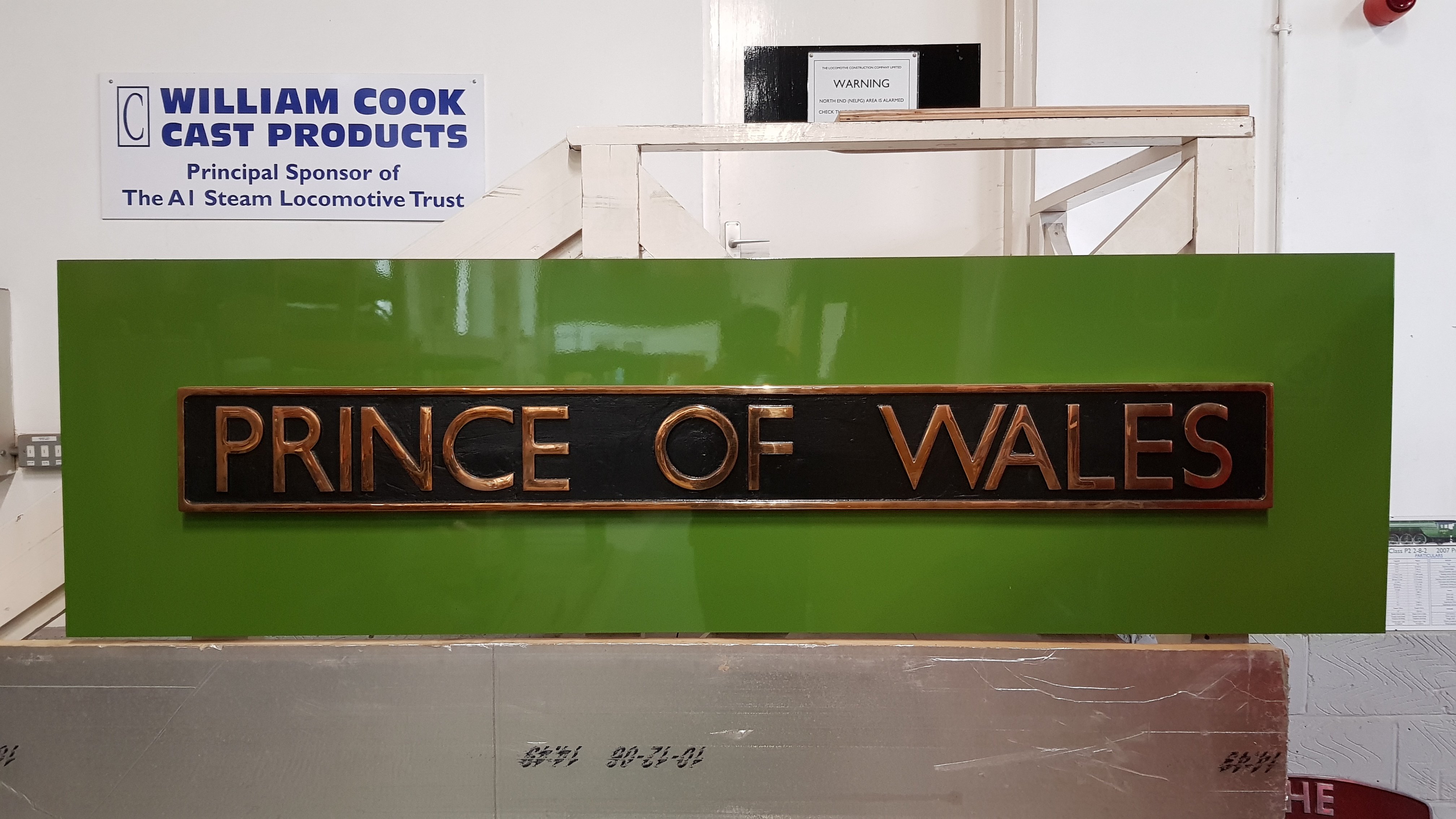 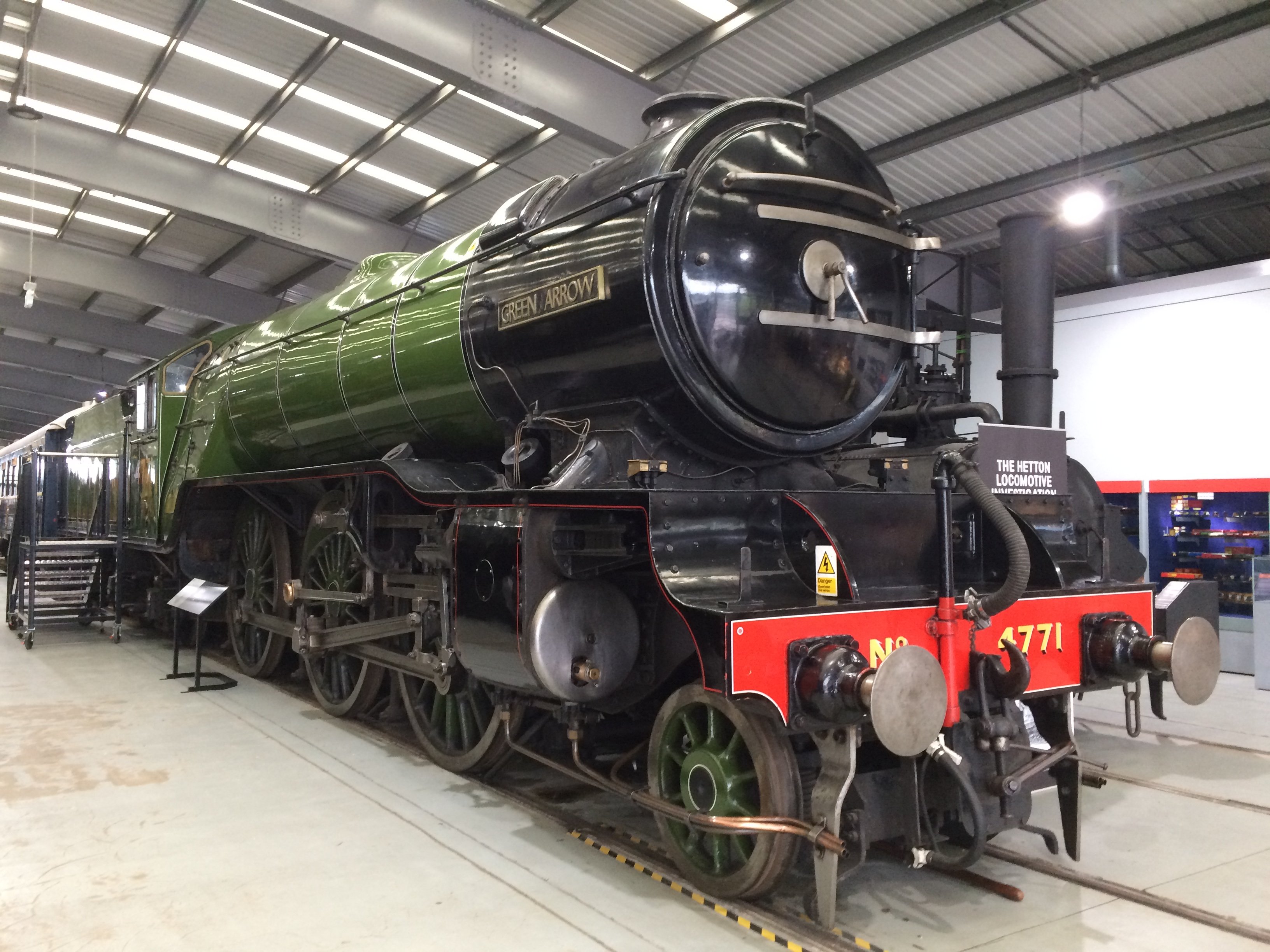 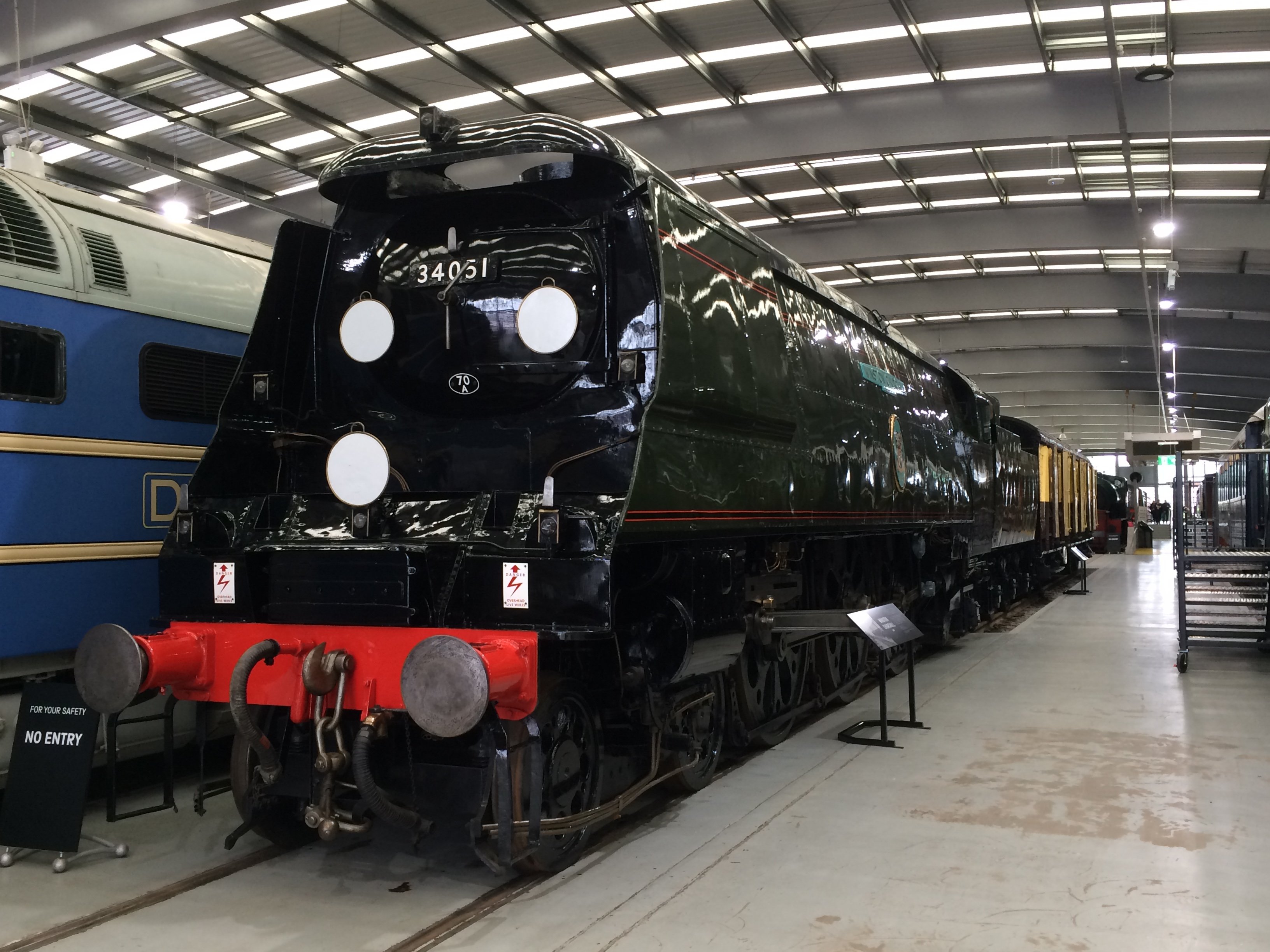 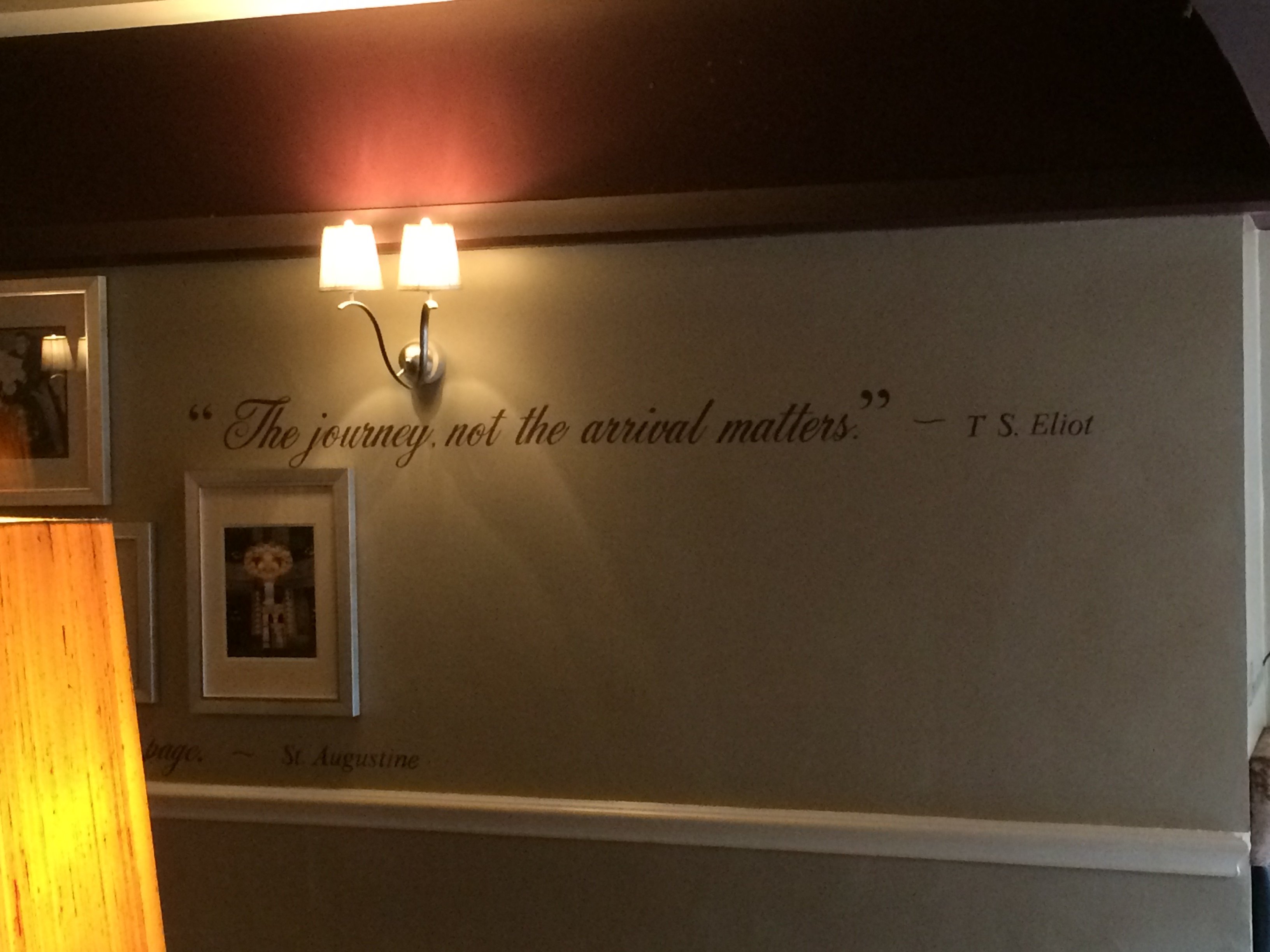 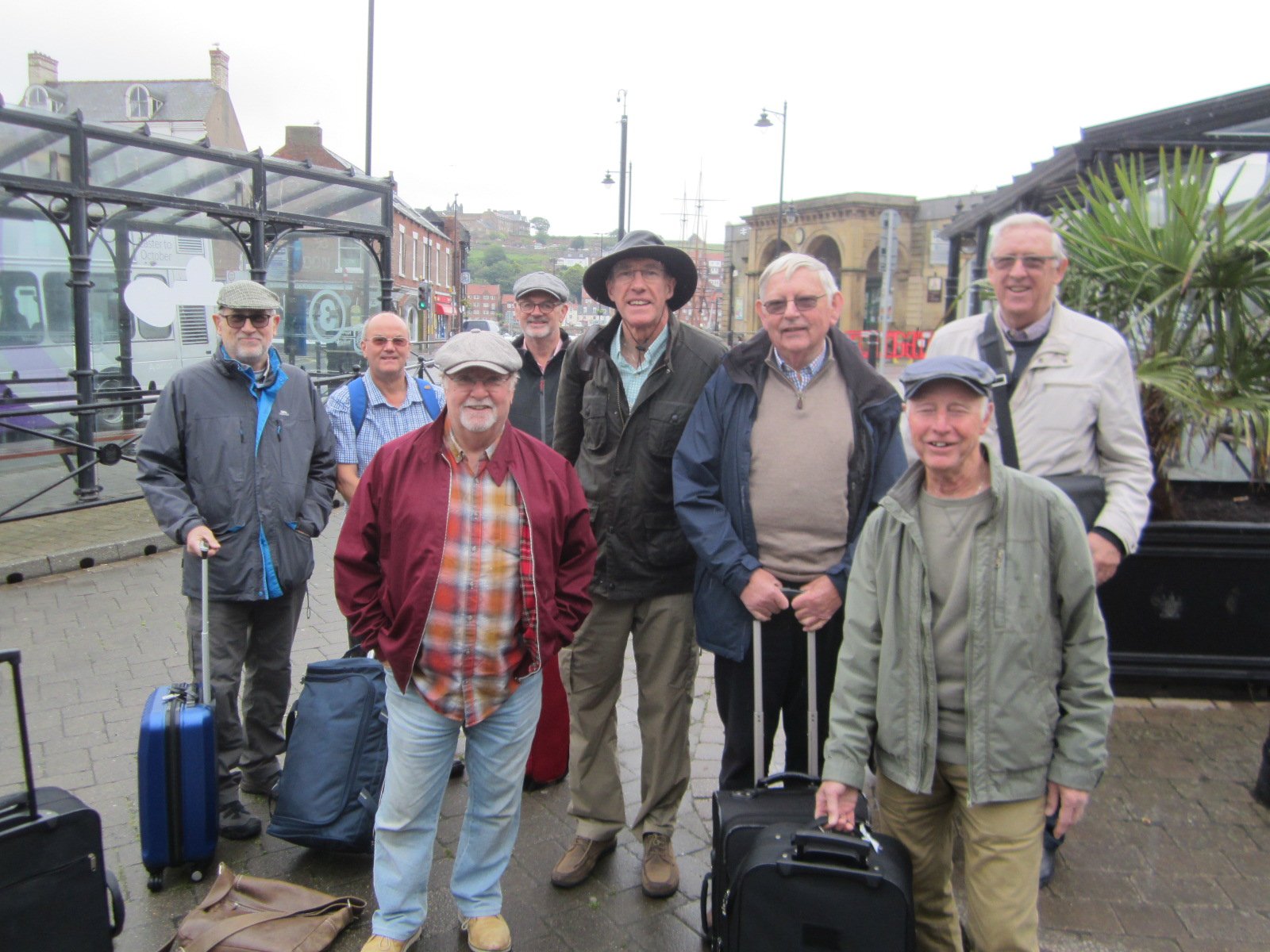 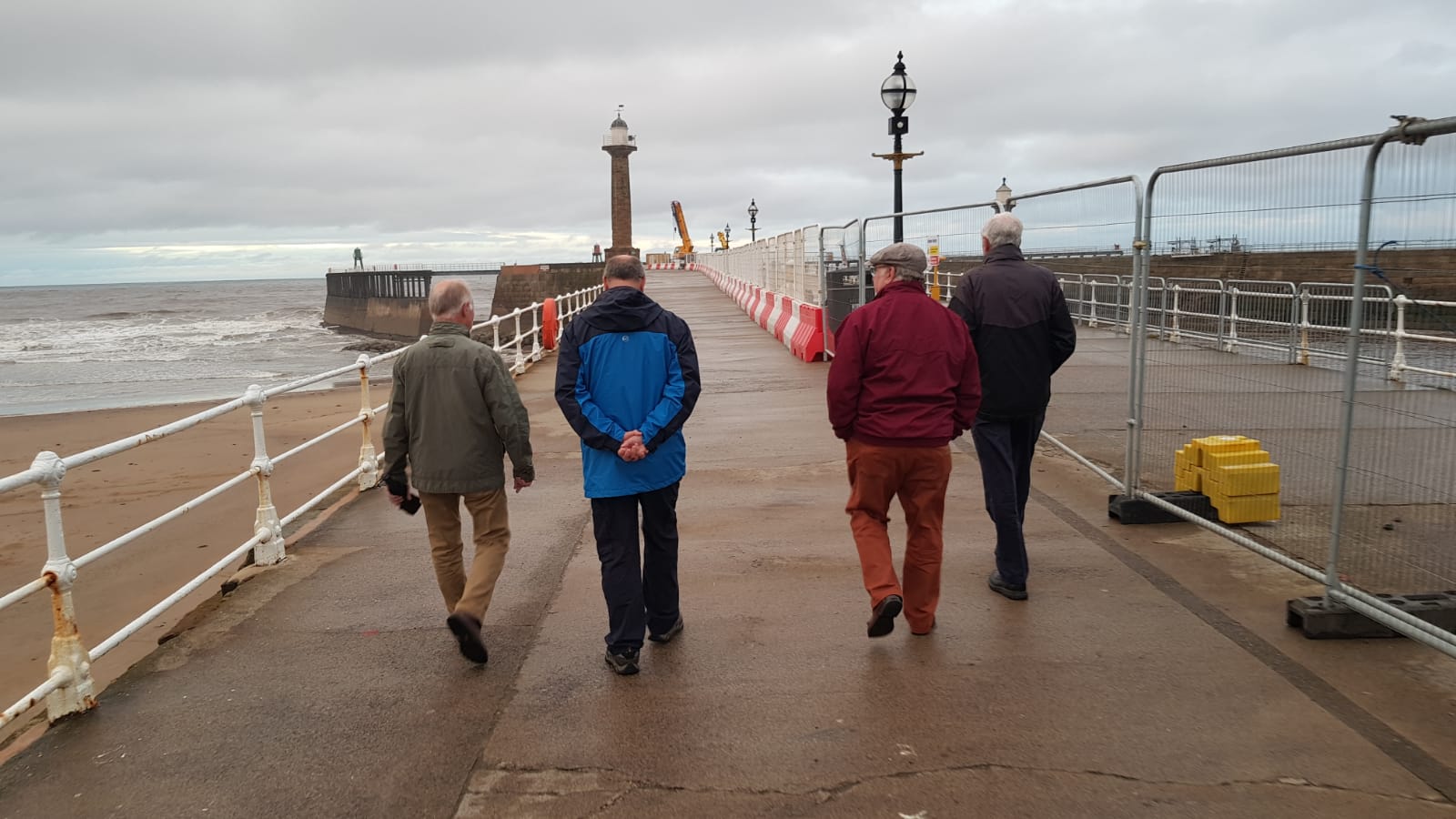 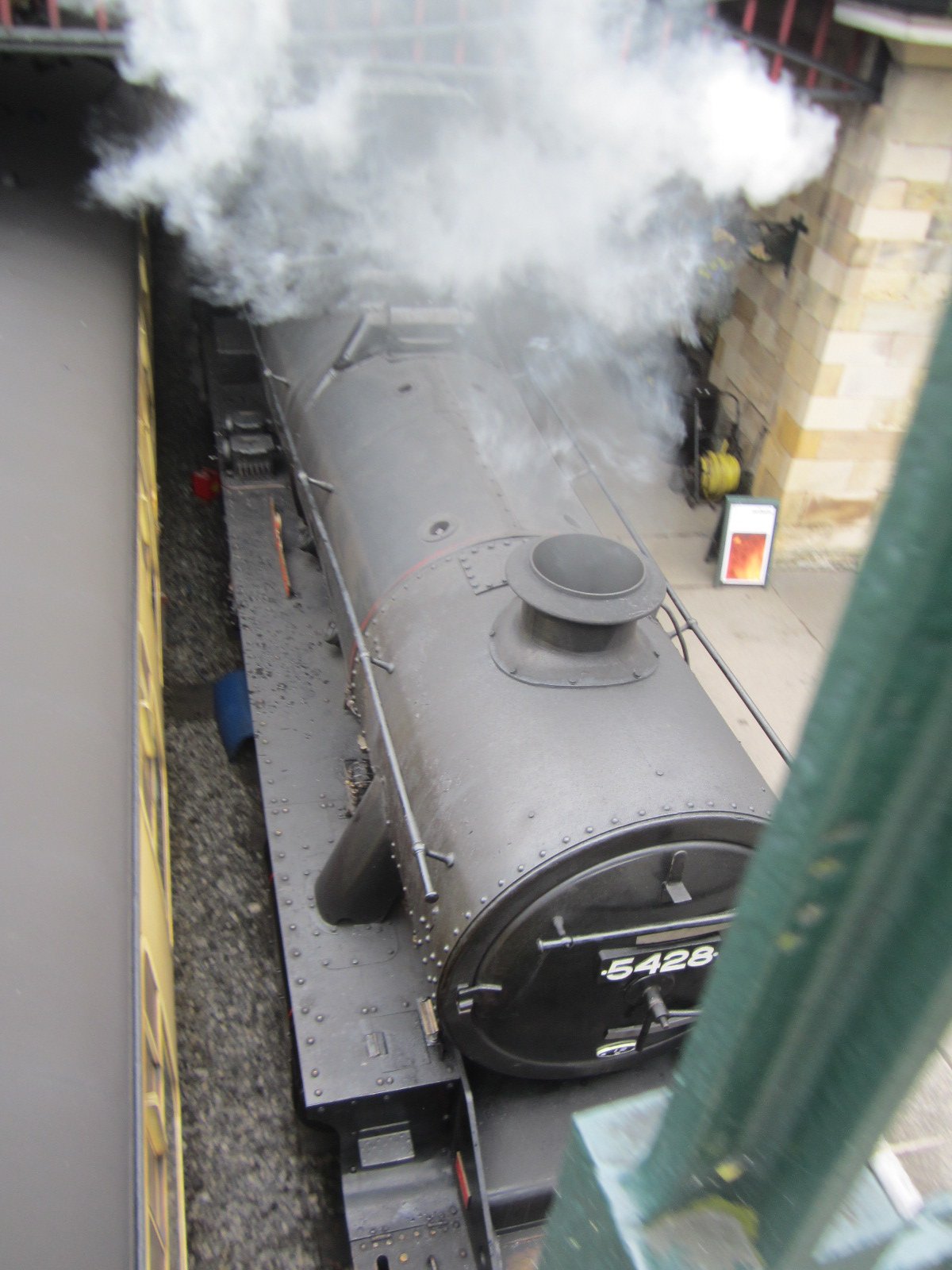 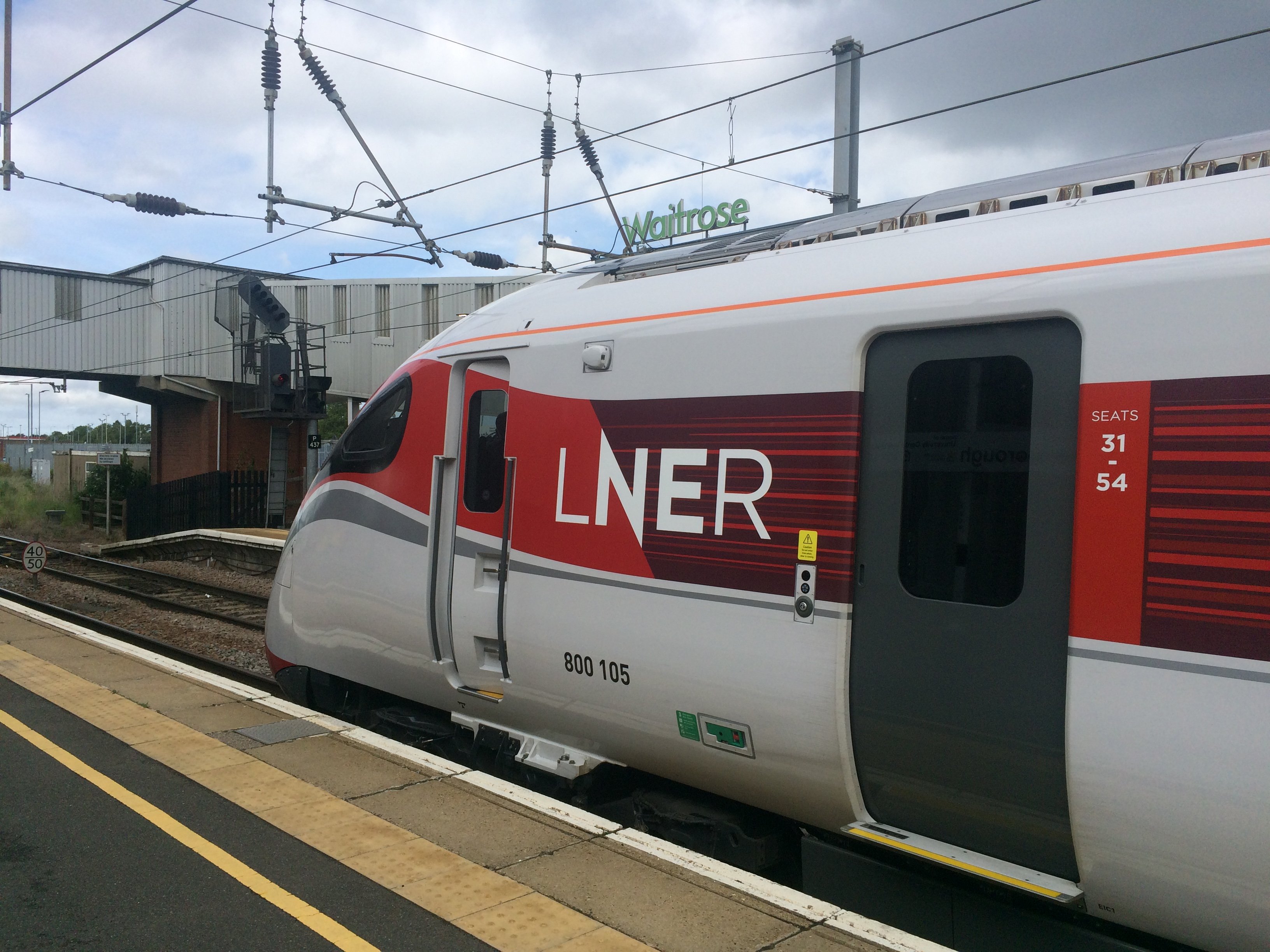